On the Nambiti Big 5 Game Reserve, winter has set in, bringing the dry season with it.

Rain is now sparse, the leaves are making their way to the ground, and long days filled with crisp air conclude in cloudless nights with stars that shine, with a burning white clarity.

For Guest and Guides alike, these dry conditions make for incredible Game Viewing.

Mornings start with clear and vibrant sunrises, blushes, warm oranges and reds painted across the horizon, while coffee and warm drinks are served.

There is less water on the Reserve, which forces all animals to timidly make their way down to watering holes. As a result, any body of water becomes alive with a plethora of wildlife. Hippo, bird, antelope and predator alike.

The bushes have thinned out, which means that the usually hidden animals who seek refuge behind shrubbery are now in view. 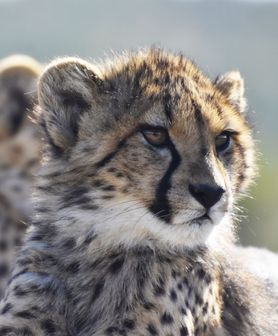 If you make your way to Nambiti, you may encounter two new animals to the Reserve, through the scarcer thickets. Earlier this year, Houdini our resilient male cheetah, found some company in female cheetah, Sky. Now, with her successful integration, another female cheetah named Xani and 2 of her cubs have been introduced to the Reserve.

At long last, Houdini is being surrounded by his own kind, and no longer roams the Reserve alone.