The word wilderness has many definitions and means many things to many people. I first ventured into the Imfolozi wilderness eleven years ago. That short trail over a decade ago had a profound effect on me.  It left me more than anything, wanting more. Wanting a deeper, longer, experience where I could get closer to nature and test myself. After that weekend I made a promise to myself that I would return. 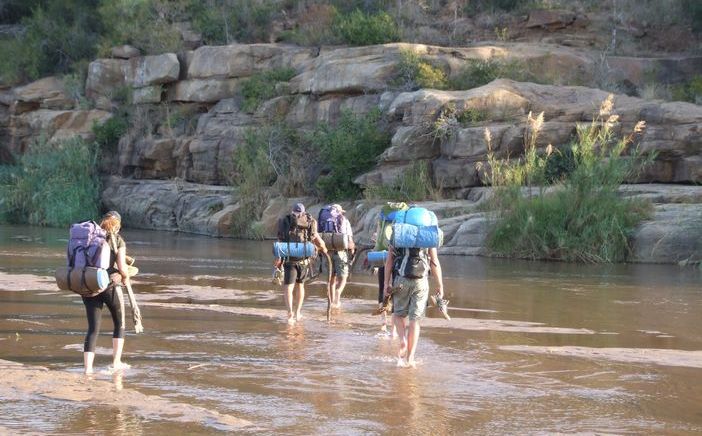 Approaching my 50th birthday I booked myself onto a five-day primitive trail. I would turn 50 just before the trail so this was my gift to me. I chose this trail because of its duration and its primitive nature. It becomes tough at this point. How much do I tell the reader? Trail guides, traillist’s and journalists have all written of their time spent in the wilderness. There are also the facts, the what is provided, the what to bring, all available for everyone to read. 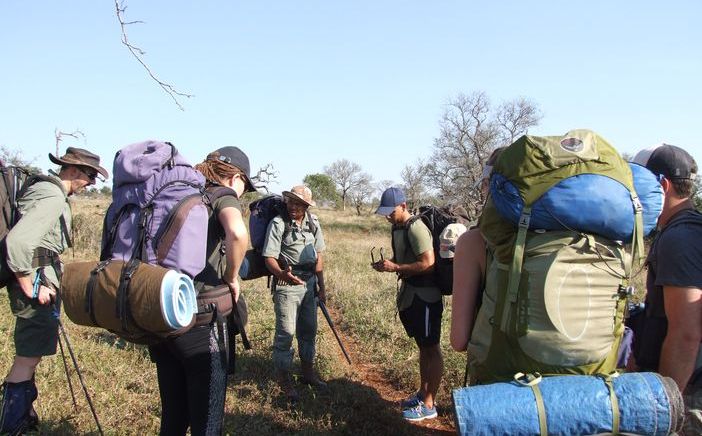 I joined my trails group at the Mpila Camp reception office, in the southern section of the Hluhluwe-Imfolozi Park. Once all there we formed a small convoy and drove the tar road to Mdindin base camp on the edge of the wilderness area. After introductions we were given our backpacks, water bottles, sleeping bags and groundsheets. Food, utensils and cooking equipment was divided up and we were all allocated a pile. We were also given choices: How many packets of muesli, ketchup or chutney? And the big question: To carry, or not, sheets to protect us from the rain? The sheets were bulky and heavy, and no rain was forecast. The team decision, leave the sheets behind. There were also wise words from our guides. ‘Travel lightly, clothes will not keep you alive, food will though” 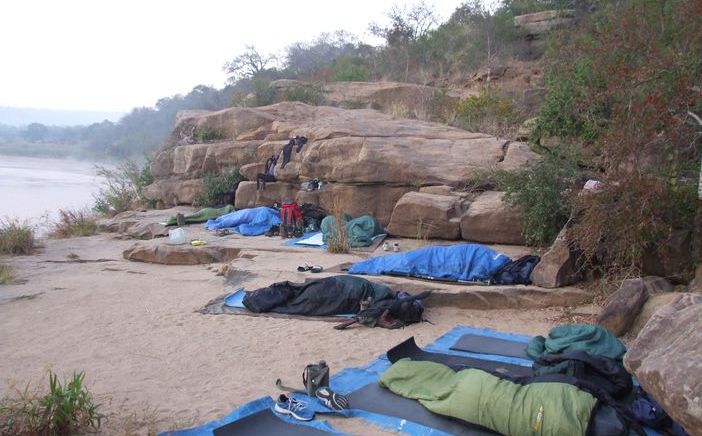 Over lunch in camp we went through all the safety aspects and filled out our indemnity forms. Ayanda, our lead guide, spoke at length and introduced us properly to his second in command for our trail, Mbilo. We were all also asked to stand in turn and tell the group our name and a little about ourselves. Looking back, I could have said more, “Mark, England, shoe lace salesman” However we were now a family and unwittingly we were already working together and making crucial decisions. Now it was time to lock away our phones and watches and get our walking boots on. The Imfolozi wilderness awaited us. 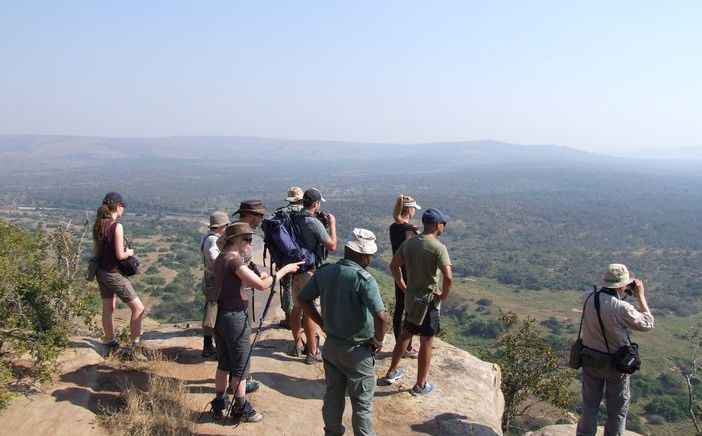 My back pack was on the heavy side. The last time I carried a pack like this was a scout hike, probably thirty five years ago? Scout hikes did not take in true wilderness where animals, big and small roamed freely. I had also been allocated the kettle to carry. Every thorny bush and tree I passed seemed to play a tune on it. I knew this was an unwelcome noise. 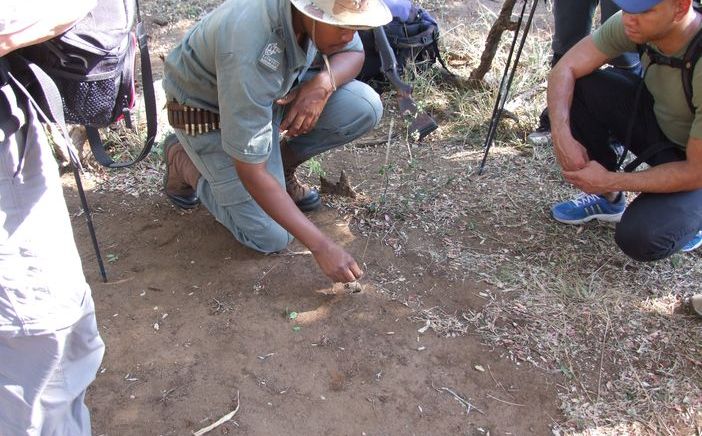 On that first afternoon we stopped for water breaks, the winter temperature here I guessed was mid to high twenties, and for Ayanda to show us some of the smaller things: A trap door spider who was reluctant to show himself. Our first big game encounter did not go perfectly. We did not keep quiet and we did not move quickly enough. The ‘animals’ gave us space and we did not take it. A pair of buffalo skulls and a large pool of dry blood were reminders of the environment we had entered. 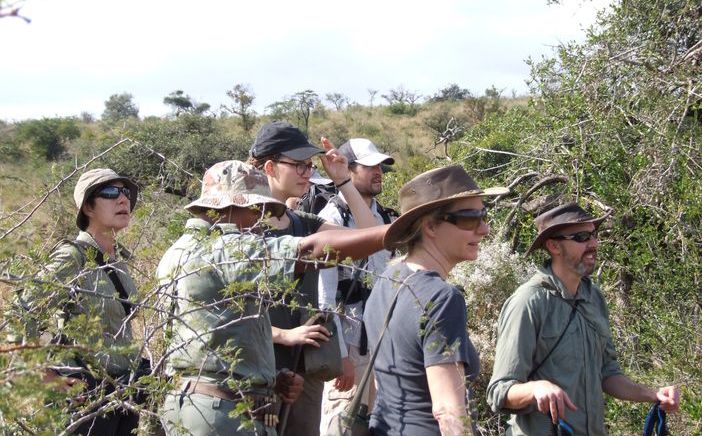 We walked everyday for five days, some days we carried all our belongings and others we shared a back pack, carrying only essentials. The wilderness has no man-made pathways, just animal tracks formed over many thousands of years. It’s also rarely flat and we regularly made our way over rolling hills and down into valleys. The bush was sometimes thick. I opted for walking in shorts and it was not long before thorns were drawing my blood. There were open areas of savannah grassland along with forests. For river crossing it was boots and socks off, always keeping an eye out for crocodiles. 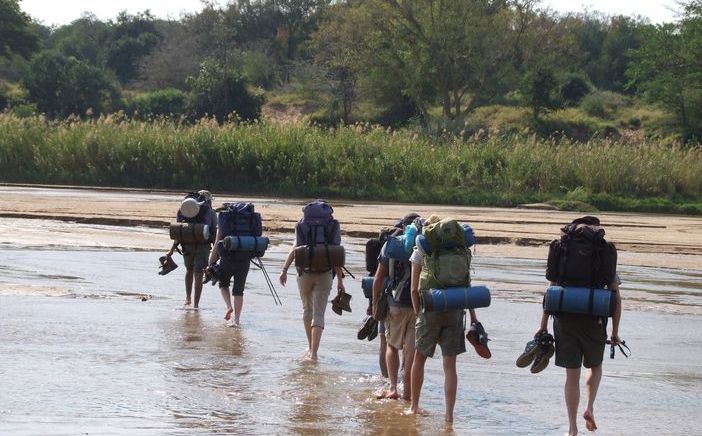 Our camps were never far from the river, the source of our drinking water, where we bathed and where we washed our dishes. We collected firewood everyday as we approached that night’s camp.  Ayanda and Mbilo cooked all our meals on the open fire. We ate like kings with fresh meat three nights out of four. Chores were shared, and we were all expected to our bit for the family. Water bottles needed filling and cooking pots needed washing. 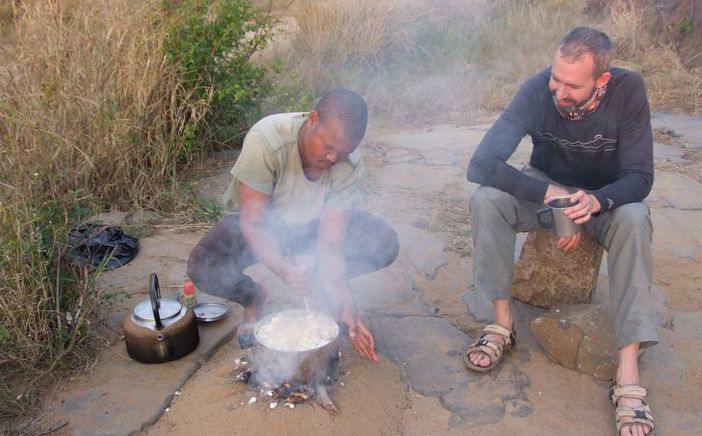 Darkness falls quickly here with very little twilight. The last family task before bedtime was to allocate our watch times. With nearly twelve hours of darkness and nine trailist’s the time needed dividing up evenly. Over the four nights I covered several different time slots. It was vital to follow Ayanda’s instructions. Peoples lives were at risk through the night. In the darkness the whoop of hyena could be heard close to camp. A lion’s roar carries several miles, but at times we knew they were not far from us. An unfamiliar noise woke me one night and I had no idea what it was. I now know what a leopard call sound like. The night watch is a time of solitude. A time to test yourself against the darkness. That first watch there is no denying I was on edge. I nearly jumped out of my skin as the fire created a shadow next to me. It turned out to be my own shadow. Apparently, there was a recognisable noise most nights emanating from the darkness. I can only say that my now fifty-year-old found sleeping on rock and sand a trigger for snoring. 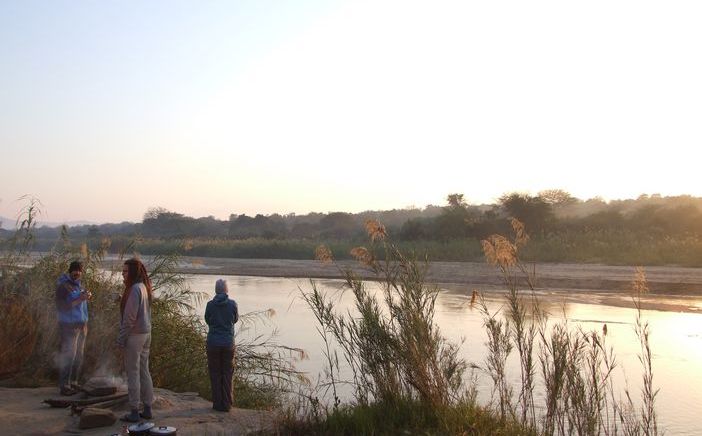 On our third night we were privileged to lay on our backs and watch a total lunar eclipse. The whole family watched at least part of the event. The moon turned orange and I lost count of how many shooting stars I witnessed that night. 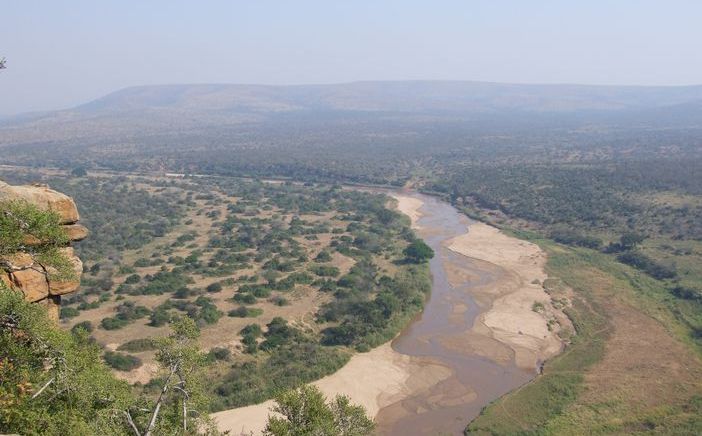 On our daily lunch breaks we ate like kings where kings had once sat. We sat in King Shakas’ open air court, on a rocky outcrop high above the river below. Even elephants looked like ants from our perch. Those found guilty here were sentenced to death. There was a choice of death. Jump from the ledge or simply be speared. It was here that the family stood and held hands before sitting in absolute silence. The wilderness and its primitive nature can be many things, including spiritual. We spent one whole day of walking in total silence. Only Ayanda made Zulu style clicks that day as he guided us. 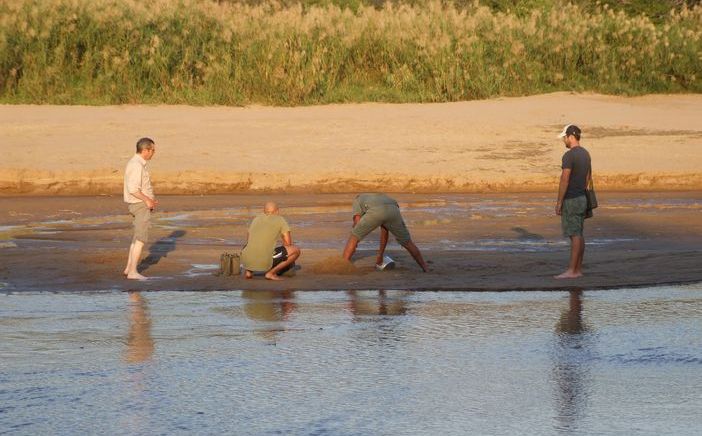 The wilderness is for everyone but not everyone is for the wilderness. I hope I have not given too much away. I want people to get the most from their own experience. If you want to know anything, please ask me. Here are a few tips. Take a towel, as I did not. Walk in your boots, no matter how comfy they are, before your trail. Put some plasters in your pocket. Even comfy boots give blisters. Test your trousers to make sure they do not make a noise when walking in them. I followed a fellow trailist with the noisiest of trousers. Lastly when a guide carries the tea pot it does not make a sound. 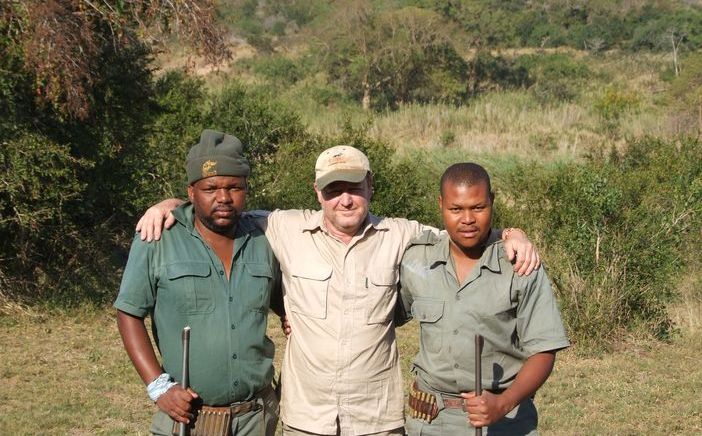 I want to thank my fellow trailist’s for their good company. And a special thank you goes to Ayanda and Mbilo. You educated us, guided us and kept us safe.

To finish I want to quote Ayanda who kindly gave me his consent to write these quotes down.

“What can man be without a beast. If all beasts were gone. A man can die of great loneliness of spirit”

“Wild animals are the flowers that decorate our souls”