You are at:Home»Beach»‘You’re gonna need a bigger boat’ Dawn to dusk in St Lucia

Sunrise; It’s the beginning of June and we are a little early in the season for whale watching in St Lucia but we decide to take our chance. The odds of our trip even happening are rated only at 50-50 because of fears that the big storm (which claimed the lives of nine people in Cape Town) may be heading our way. We get the ‘go ahead’. We enter the ocean via a beach launch with a tractor pushing us off the sand and into the waves. Time this wrong and we are back on the beach! Our captain, who prefers the appellation ‘Skip’, has 15 years of experience and we soon bounce through the waves and into calmer water. 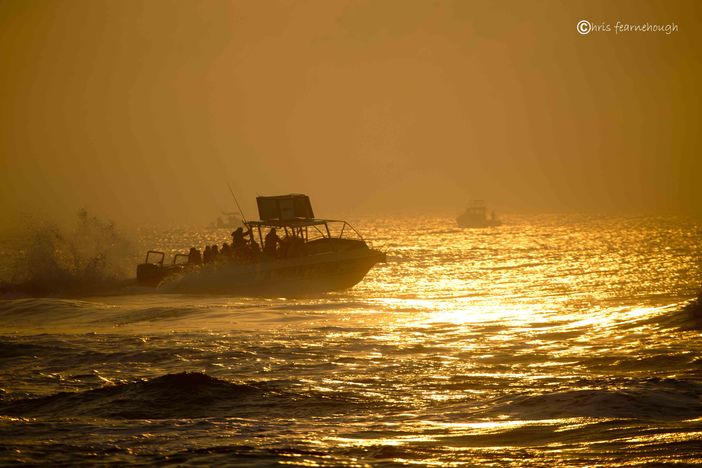 Skip advises that four people can come to the front of the boat and a group of three make a dash for it. Unfortunately their timing could not have been worse as a wave crashes over the bow and they all get soaked especially a lady in the middle who gets absolutely drenched from head to toe. She quickly retreats and Skip announces ‘that is the Jacuzzi!’

It is some while later before we see our first humpbacks; Skip identifies their location from the ‘footprints’ in the water and begins to time their dives so hopefully we can get a glimpse of them when they come up for air. Problem is – we never know where they will surface! We see several male humpbacks but photographing them is always a challenge. The sea is now quite choppy and the big trawlers are moving inshore. It is time to head for land. 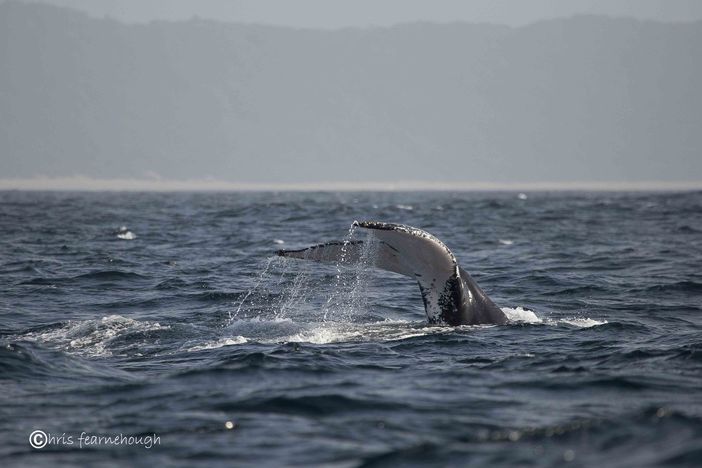 After breakfast, we head for the crocodile centre and have a stroll around. My wife, Jan is fitting the lens hood on her camera when she drops it inside an enclosure containing nine crocs. We watch in slow motion as the lens hood bounces on landing then rolls very slowly into the water and disappears. We feel helpless as we are unable to do anything. We assume that will be the last we see of it but after about five minutes, one crocodile emerges from under the water with the lens hood in its mouth. As this is a potential hazard, we advise one of the keepers who climbs inside the pen and with the aid of a large net begins dredging the water. Amazingly, he recovers the lens hood and there isn’t a mark on it. 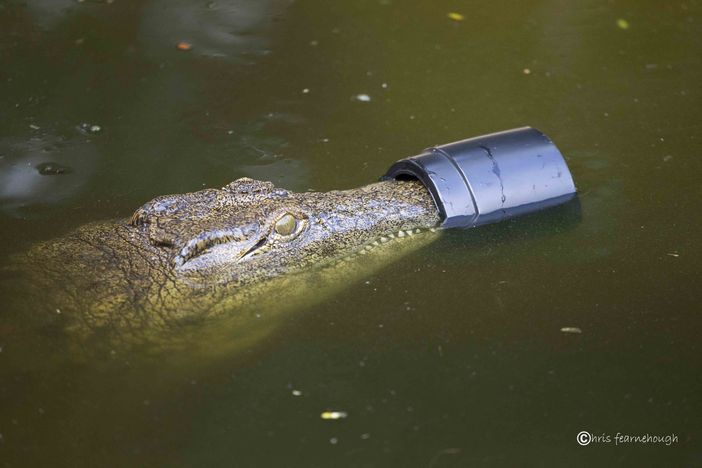 In the late afternoon, we head to the estuary for a hippo and croc tour. We choose the smaller boat of Heritage tours as we prefer the intimacy of the smaller crafts to the bigger boats. We float past numerous pods of hippos, a crocodile and fish eagles. The highlight though was something we could only partially see. We hear a cry of ‘Shark!’  In the murky St Lucia waters and swimming alongside our boat is a Bull shark. Its dorsal fin visible as it cuts through the surface of the water. It looks like a scene from Jaws. These sharks can thrive in both salt and fresh water.

It is a beautiful late afternoon and we enjoy a drink watching  the hippos, backlit by the setting sun over the estuary, as we head slowly back to land. 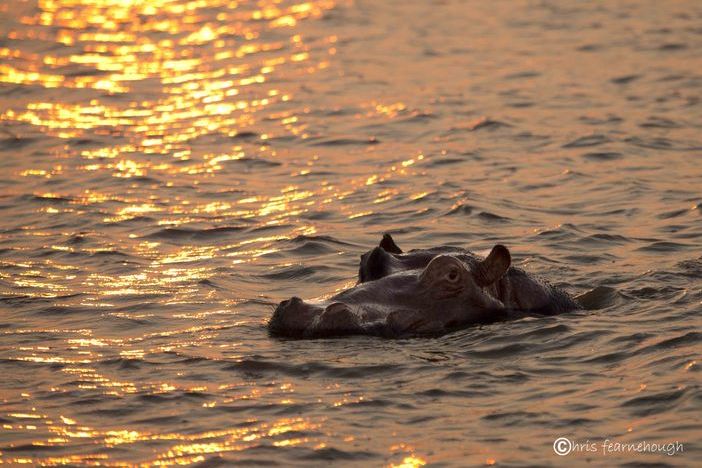 Sometime after darkness falls, we have the pleasure of watching a lone hippo grazing on the grass outside our house. The hippo is illuminated by car headlights and a small crowd has gathered to watch. The beauty of our house location means we can view from the safety of our back garden with the braai cooking and a glass of red in our hands.

It has been another great day in St. Lucia. 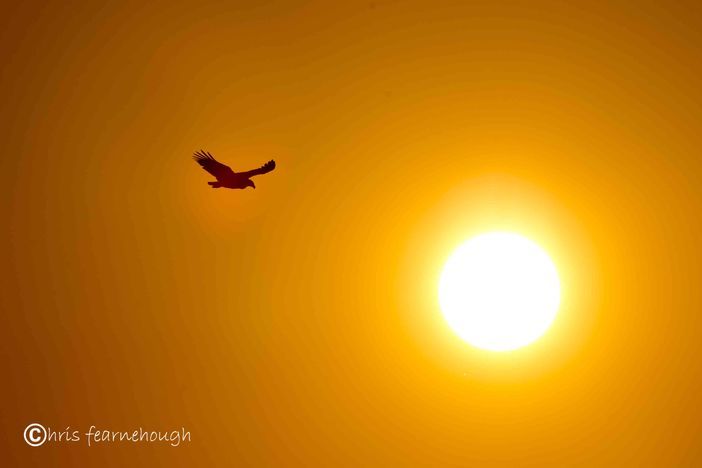